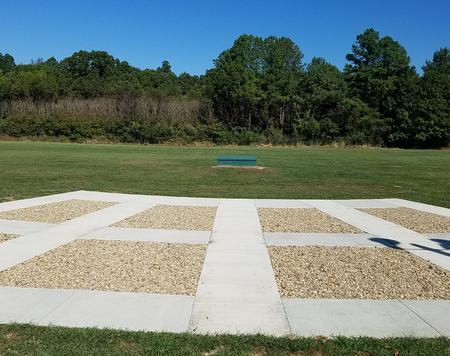 with lighting for night shooting.  Shotguns are used for trap,

typically 12 gauge, and consists of 25 clay pigeons (birds) per

round.  There are 5 positions (posts) that shots are fired from

various yardages from 16 to 27, and birds are thrown from one

trap house in front of the shooters.  The most common type of

event is singles, where one bird is thrown at a time, 5 birds per

post for a total of 25 birds per round.  There are also doubles

events where two birds are launched simultaneously and the

shooter fires one shot per bird.    An interesting Trap fact, the

world’s largest trap shoot, the Grand American, is one of the

largest participatory sporting events in the United States, with over 5800 people entering in 2006.  And it’s currently held in Sparta, IL at the World Shooting Complex.

The trap fields are open year around for practice rounds using the token system, unless a conflicting activity is taking place (Trap Derby, range maintenance, archery shoot, etc).  Tokens available in the Clubhouse vestibule, cost is $5 per 25 birds.

​​​"Wednesday Morning Irregulars" informal trap shooting.  A little trap shooting and a whole lot of Bull!  Open to all shooters, starts at 10am.